Born and raised in Ireland and educated by the Sisters of Mercy, Louise Béhal had always been interested in art because of her great natural talent.  She won local awards, and several of her pieces were published in The Imeldist, a widely distributed Catholic publication.  At sixteen, she moved to Spain and enrolled in the San Jordi School of Fine Arts of the University of Barcelona graduating with a Master of Arts Degree with an emphasis in painting, and a Master of Arts Degree in art education.  She taught English as a second language in Bilbao, Spain, and continued to paint until she met her husband, Tom Price, who was in the Peace Corps.

Together they moved to Ireland where Béhal Price ran a student placement business, matching Spanish students to Irish homes to learn English.  After a few years, the business sold and she and her family moved to the United States.  Béhal Price continued to make art while raising her three children, entering and winning prizes in local competitions.  As an adjunct professor she temporarily taught painting and life drawing at Kishwaukee College in Malta, Illinois.

Dedicating herself to painting and drawing in her home studio Béhal Price takes in commission work for landscapes and portraitures in oil paint and charcoal.  As time allows, she shows her work locally and attends a drawing group with professor emeritus Louis Mustari and other local artists.

The paintings of Louise Béhal Price reflect a mystique  – a certain light and color that can only be attributed to Ireland.  In an impressionistic manner, she will capture a serene image of a countryside, centuries old castles and mills by rivers and ponds framed with greenery enriched by the currents of the North Atlantic Ocean and the Irish Sea.  Villages are nestled in forests that seem to be shrouded in an imaginary mist.  Her style of painting is a reflection of her years living in Spain and Ireland, like daydreams of another world, a style also used for depicting rolling landscapes of northern Illinois. 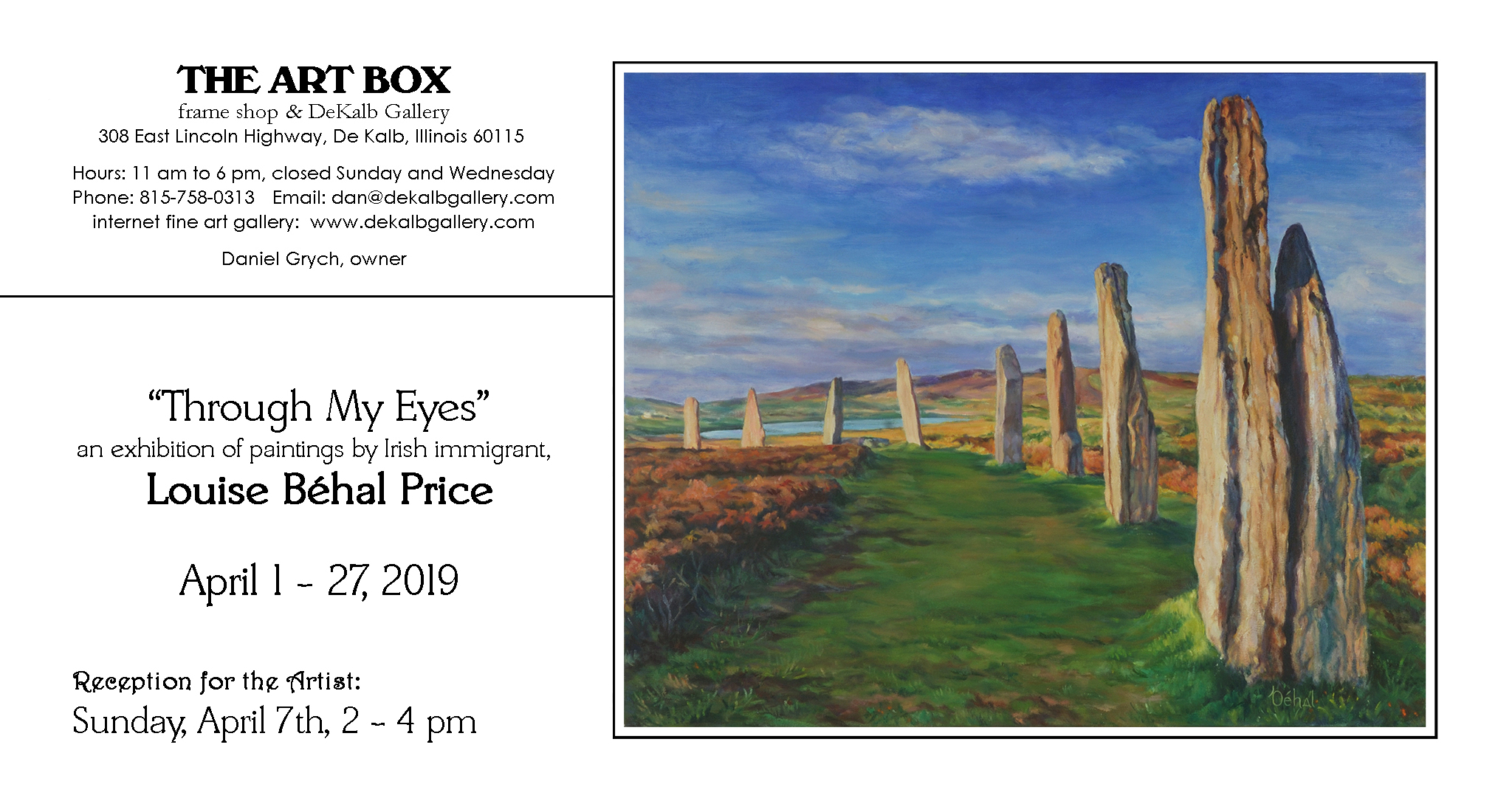 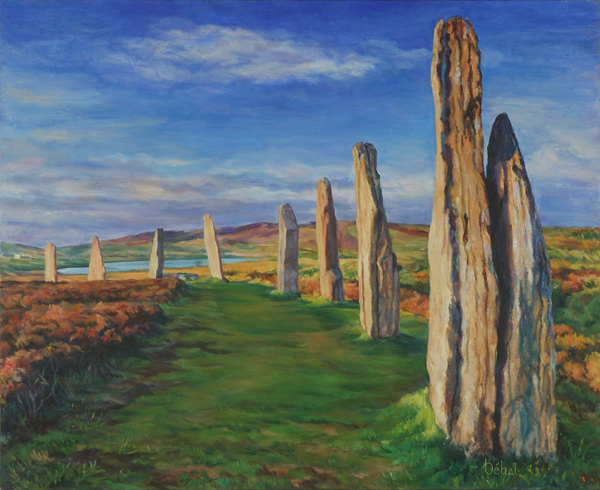 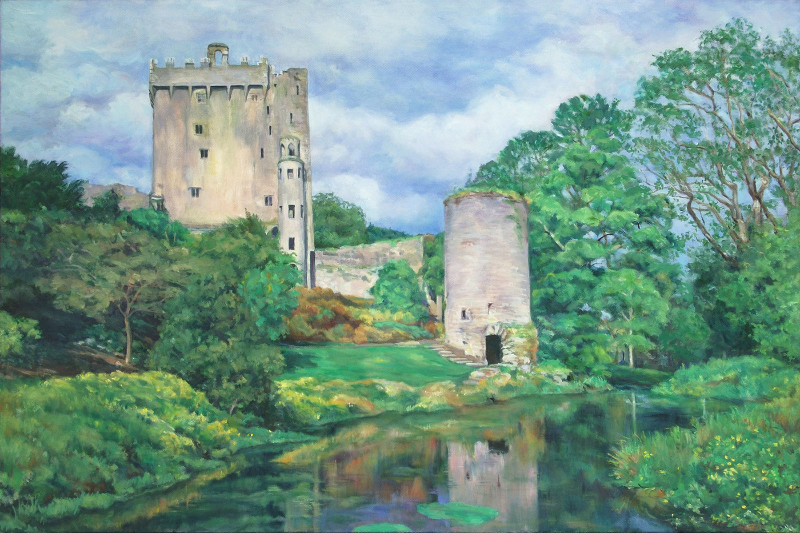 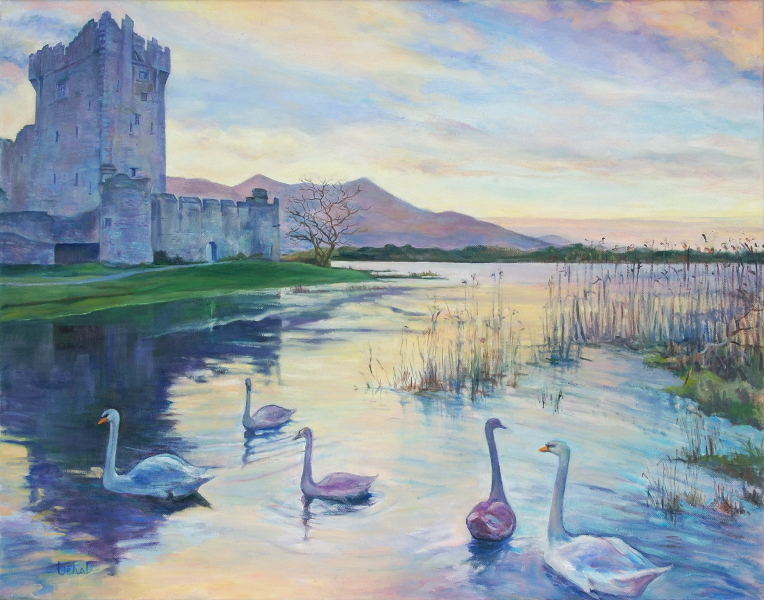 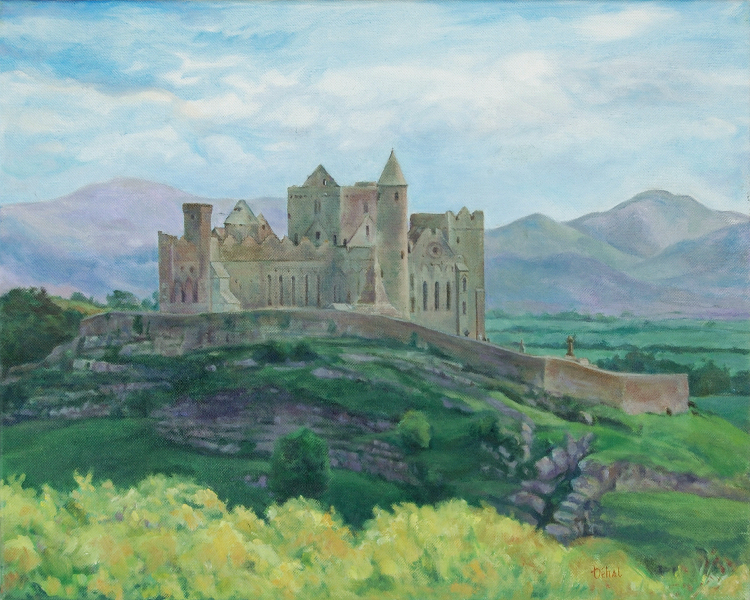 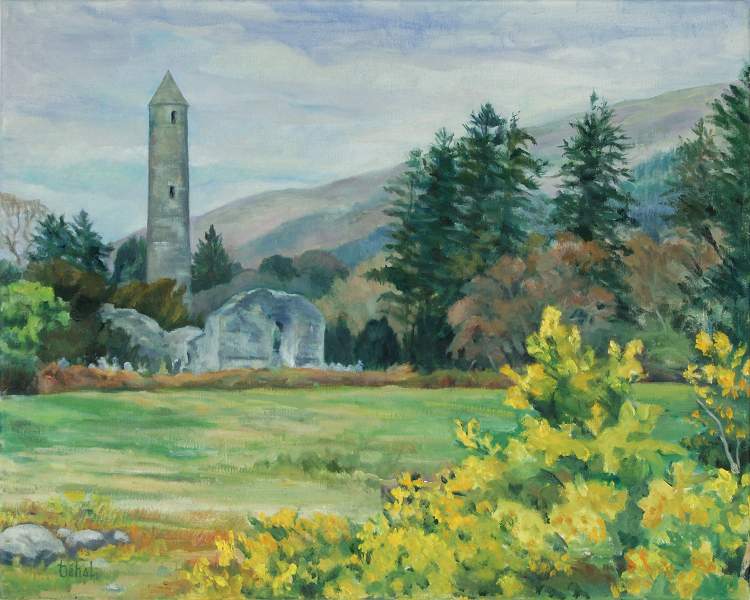 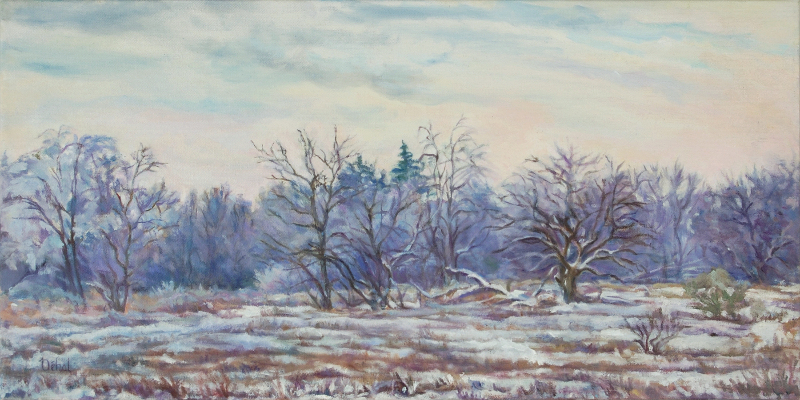 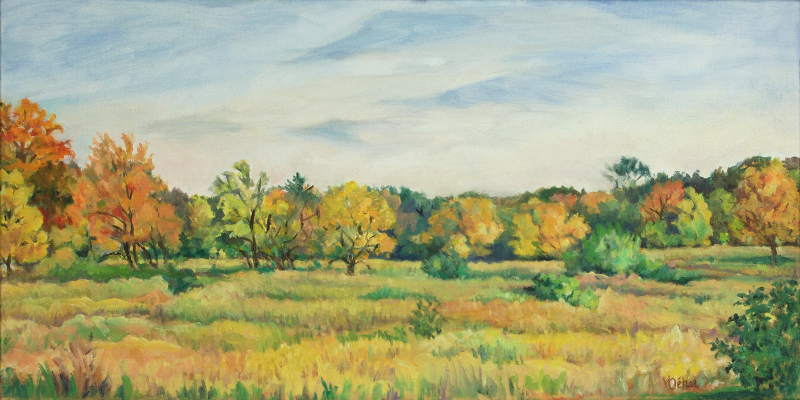 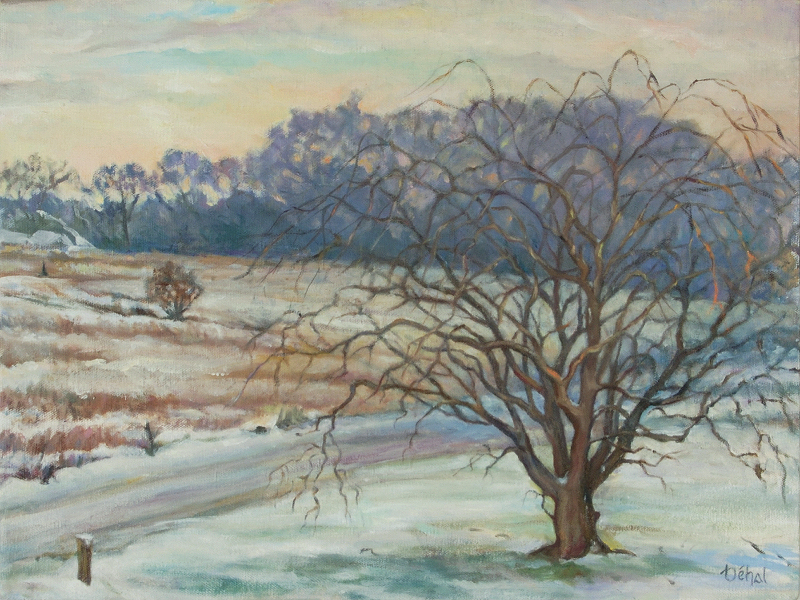 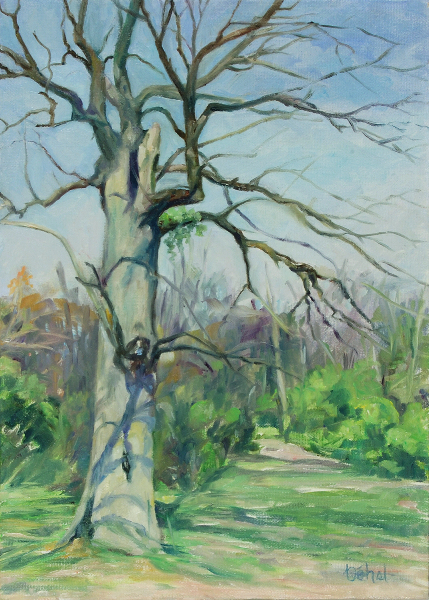 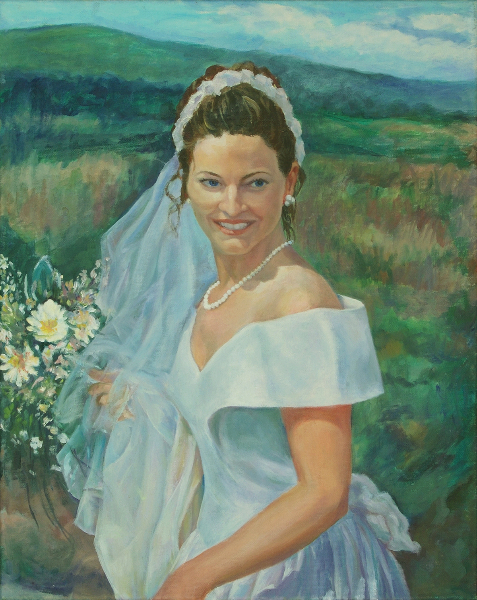 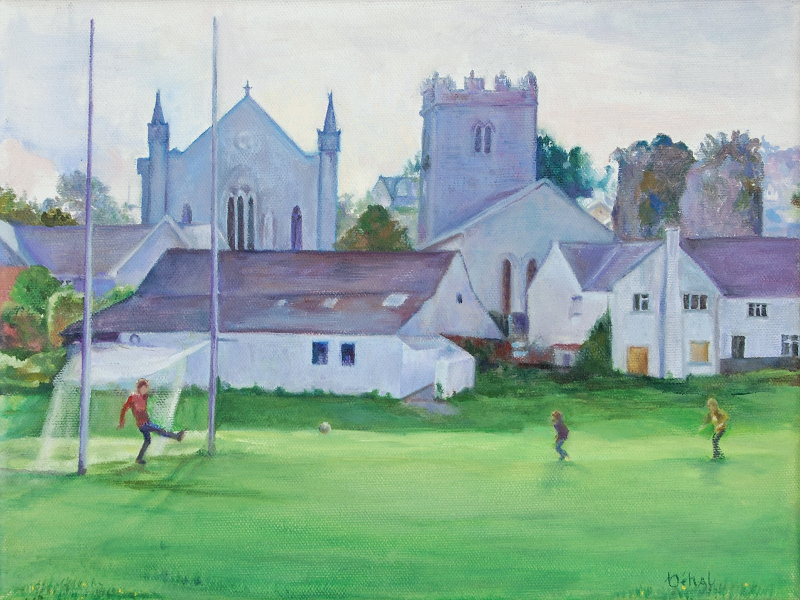 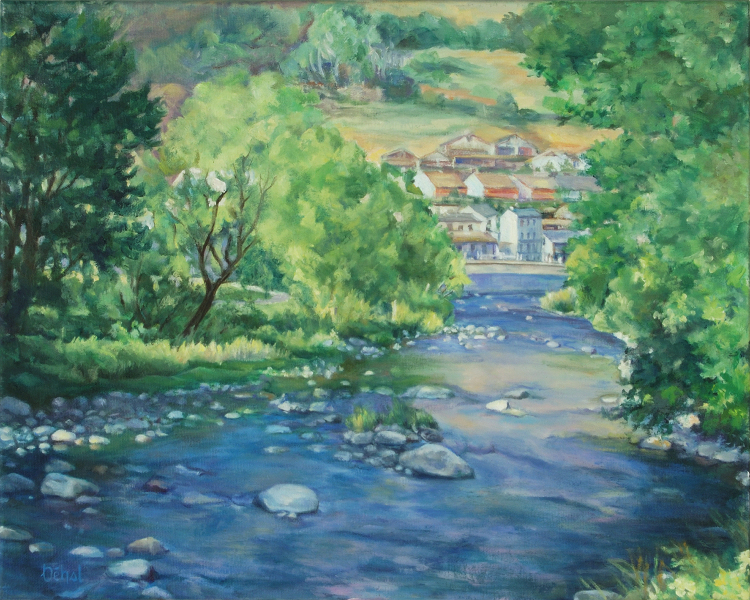 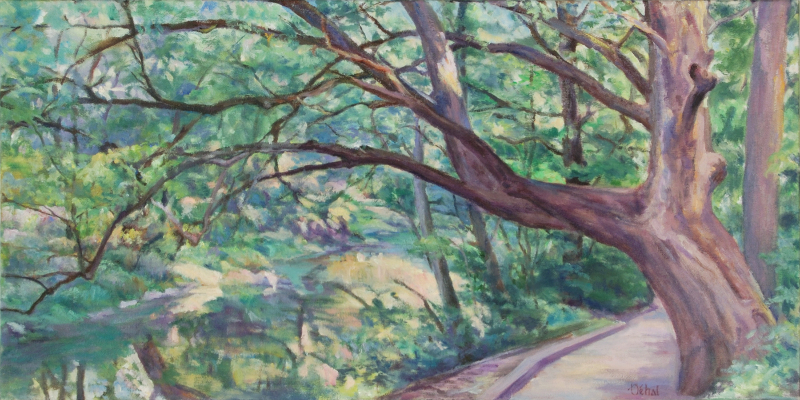 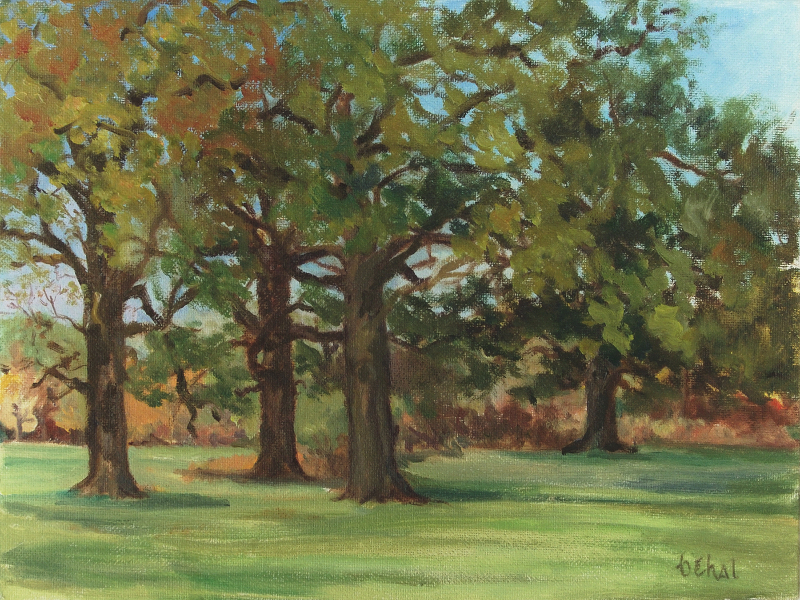 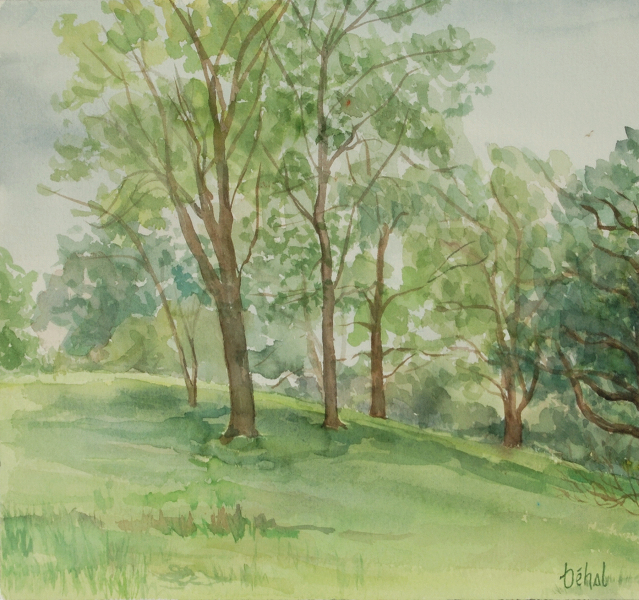 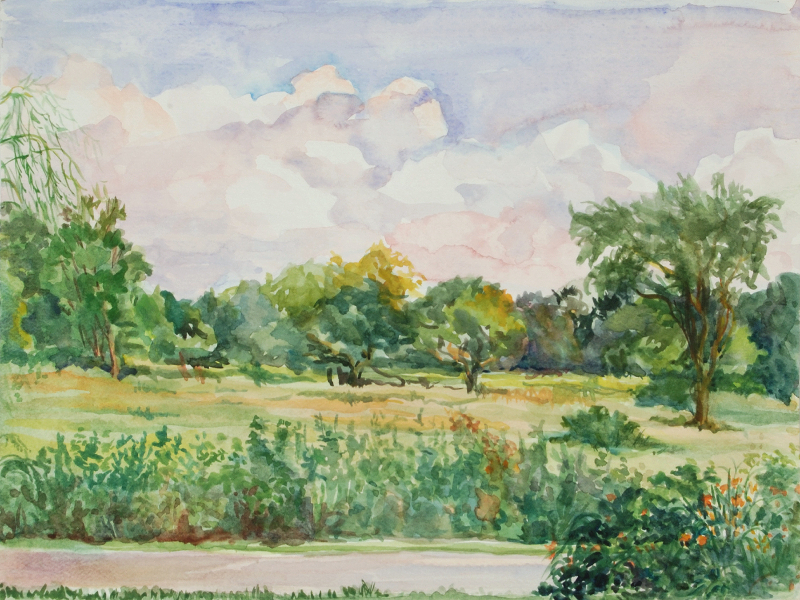 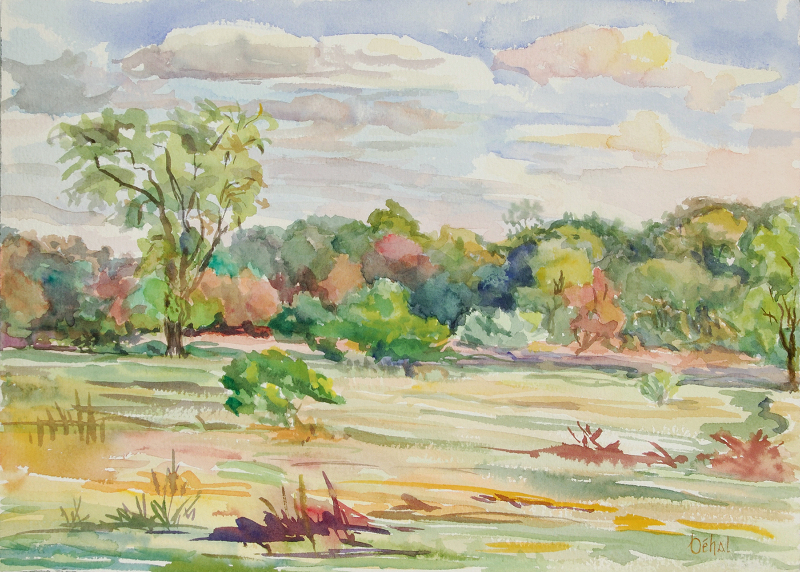 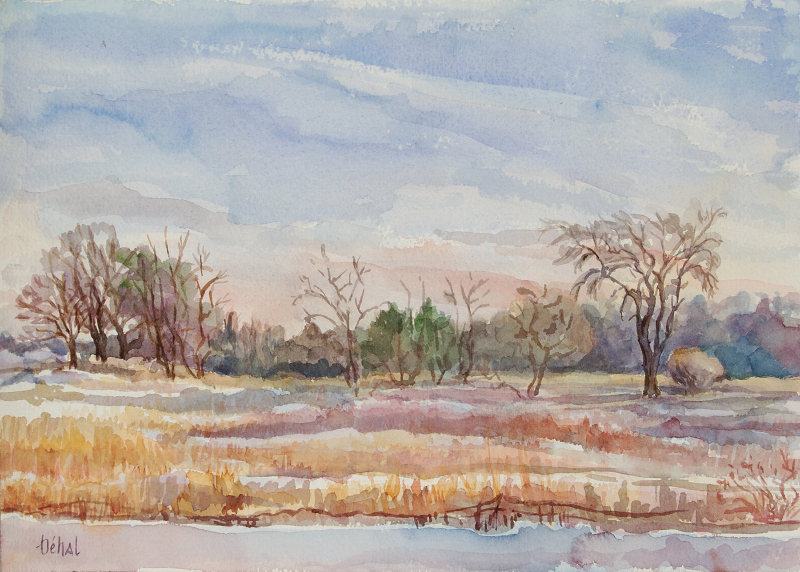 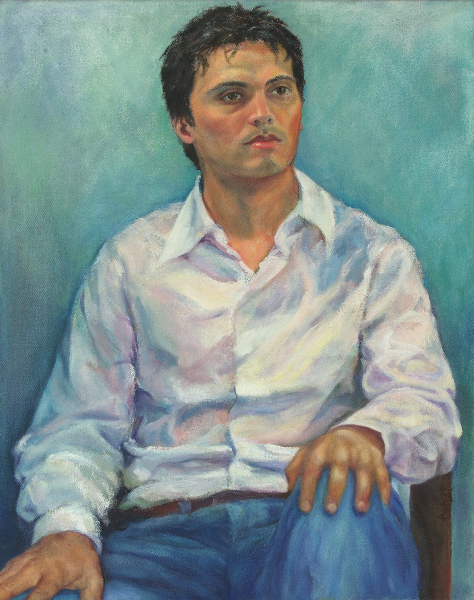